 Astrological Tidbits Illumination – To Will Tarot Card of the Week

I never give you my pillow,
I only send you my invitations.
And in the middle of the celebrations
I break down.

Golden Slumbers/Carry That Weight by McCartney, Harrison, and Starr

We have at last arrived at the pivotal week of the American Presidential and Vice-Presidential inauguration, with all the baggage this moment is carrying. And so we have, for only the fifth time since 2003, received a very instructive visitor. Welcome this week to the Ten of Wands.

As I have mentioned many times (like for last week’s Nine of Swords), in the numerology of the Tarot, the Nines are completion, and the Tens are the overflow, spilling into the next cycle.

And as you may know the Wands suit is ruled by the element of Fire. So, it presides over matters of energy, sexuality, desire, change, transformation, creativity, action, and the life force.

Framed against a clear, deep blue sky, heading towards the buildings in the background, the broad-backed figure struggles under the weight of his bundle. You have to wonder why he grabbed such an unwieldy cargo in a way that looks so cumbersome and inefficient. Maybe he preferred speed instead of careful planning.

It certainly looks like he will not get much farther without dropping it, as the weight is not evenly distributed, and only his left hand is holding all the rods together.

Although there is nothing truly menacing in this card, it looks quite possible that he may fall with his next step. And if that happens, he stands to lose it all.

Hopefully, this is not a harbinger of the new Presidency, for it is very true that Mr. Biden and Ms. Harris have many onerous challenges ahead.

Staging and Showing Off

Another one of Pamela Colman Smith’s “stage” cards that feature a double horizontal line suggesting a theatrical performance, there is a hint of artifice in this scene.

Some Tarot scholars have commented on the similarities that we see in the (also staged) Nine of Wands. For instance, is it only coincidence that this figure’s clothing is nearly identical in both cards?

It is doubtful that anything in Pixie Smith’s art was coincidence or random.

But the bloodied warrior in the Nine is dark-haired, and the man in the Ten is very clearly blond. Nevertheless, we might wonder if this situation is contrived on some level, constructed to tell a story or evoke an emotional response from the “audience?”

Perhaps in the Ten, our laborer has disarmed the stalemate of the Nine by physically gathering and removing the staves that acted as a barrier. Now, he trudges away, presumably heading home after the battle.

As mentioned above, the Nines of the Tarot are the natural conclusion of the suit, with the Tens pointing the way to possibilities for a new chapter.

But since the Wands emphasize pride, action, and energy, accepting endings can be difficult, and a final resolution may be elusive or even impossible.

For quite some time now, all eyes have been turned towards the capital of the United States, as the new president-elect, Joe Biden, prepares to replace the Prince of Inflammation (as he was so aptly referred to in one workshop I attended this past weekend).

And the astrology this week underscores that there is a lot of freight in this pivotal moment.

[The] Moon squares Pluto at 3:28 AM ET, recalling another power play or catharsis. Moon goes void for the next 10 and half hours, so CHILL!

At 12 PM ET, Joseph R. Biden and Kamala Harris must be inaugurated as the next President and VP of the United States, per the Constitution…Yes, it is interesting that Aries Moon will be void at 29 Aries — recalling planetary positions on January 6th.

Upside: Moon improves in condition when it enters Taurus, seeking to preserve the status quo. That will happen at 1:56 PM ET. At 3:37 PM ET, Mars meets up with Uranus in Taurus, which would be super-fabulous for a NASA launch, as it suggests daring and technological innovation.

It also reflects reckless action in the headlines, as we’ve seen over and over again in over ten years of writing this forecast. Moon squares Sun and Saturn around 4 PM and 10 PM ET, respectively.

And the deeply mystical and wise Lorna Bevan elaborates:

This week, on January 19th when the Sun enters the sign of the Futurist, we will all feel the great shift into Air from Earth [The bold type is Lorna’s own emphasis – B.] that began on December 21st with the epochal Jupiter/Saturn Conjunction in Aquarius.

The wavy lines glyph of Aquarius symbolises the blood of life, the electrical plasma in the water-bearer’s urn – a symbol of the heart brimming with light and love for humanity.

On Wednesday January 20th, with Sun, Jupiter and Saturn in Aquarius sparked by the one-in-80-years conjunction of warrior Mars with unpredictable Uranus in Taurus, expect acts of rebellion, aggression and violence against governments and places of religion.

This is likely to play out most visibly around the US Presidential Inauguration but tension will be heightened globally.

The Moon will be occulting Mars/Uranus, fanning the flames of irrationality while Mercury and slippery Neptune connect with the Karmic Node of Fate suggesting dark web plots and conspiracies…

On a personal level, step right out of the way of arguments, controversy, soap operas and dramas – no matter how juicy or compelling. What you think you see being played out is veiled, so pay attention to any deeper truths that are revealed at this time, and don’t be afraid to lift up the veil to see what’s behind.

Intensifying throughout 2021, this astrology is going to make a profound impact on all the Fixed signs -Taurus, Leo, Scorpio and Aquarius. The more planets and points, such as Ascendant/Descendant/MC/IC/Node of Fate, you have in these signs, the more change to expect.

Be at cause, not at effect and collaborate rather than resist. Aim for transmutation. Not improvement, not incremental change.

In this changeover to the Aquarian influence, we must transform our rugged individualist myth.

This week’s card is a reminder that you are not the lone ranger. Not only is it a very Wandsy ego-delusion to think you should carry the weight of the world alone, it is counterproductive at best, and downright dangerous at worst.

We are opening the door to the beginning of an era of community, cooperative action, and co-creation. Overextending our burdens and the martyrdom of too much-ness is so last decade. Time to let it go.

Cutting Back on Your Busy-ness

As we enter the Mercury retrograde shadow period, and all these changes sweep us along, now would be an ideal time to simplify. Direct your energy in ways that are inspiring, not burdensome; playful, not weighed down by a sense of duty, obligation, or need for approval.

Beware of overload and soldiering on, which can invite inevitable collapse. Practice pacing yourself and prioritizing with self-compassion.

Stop if you are in pain.

Ask for help before you need it.

Let go of what is not good for you.

Honor your limitations and do not call them failures.

You do not always have to play the part of “the strong one.” Focus on what matters most to you, and release what does not serve your highest and best. We will all be better off for it.

And if this is an inconvenience or disappointment to some people, well, sorry. Too bad.

This week, whatever load you are shouldering, the Tarot has got your back.

 Wordless Wednesday: The New Dawn Blooms as We Free It

This week, we stand on a precipice, our desires in motion. Fair winds blow. Change is assured. Let us adjust our sails and find our way home. Continue Reading … 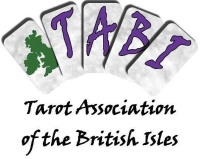